Contact us! We're not around, but we'd love to chat another time. 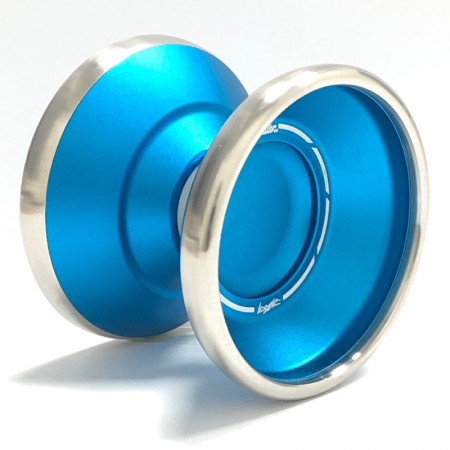 The question has been asked for years. Since Gentry first won the USA National contest in 2013 on the SHUTTER, people have been asking about a bi-metal version. When he won Worlds in 2014 it was almost expected, but instead, Gentry chose to go a different route. He could have any yo-yo he wanted, and when he chose to go with a plastic yo-yo (the REPLAY PRO) to win the USA Nationals, it made a bold statement. It’s more about the player than the equipment.

It’s a question we could have answered at any point, but we didn’t want to confuse anyone with the idea they needed an expensive bi-metal yo-yo to be the best. Still, we wondered, what would a bi-metal Shutter look and play like?

We started to tinker with designs and thought some fresh perspective might help the situation, so we reached out to noted Japanese Yo-Yo designer SUS YOYO MECHANICS, and gave a pretty simple brief. Re-imagine the Shutter with Japanese design philosophy in a bi-metal format. We received a drawing faster than humanly possible, suggesting this concept was something they had already explored. The design showed consideration for the essence of the Shutter in shape, style, weight and feel but there was a more simplified, minimalist feel too. It looked great. Prototypes supported the initial thoughts, it was a rim weighted highly agile super stable shutter. Powerful. Gentry was impressed.